In my ideal world, I would actually take the time to make coffee CAKES more often — and they would turn out perfectly every time too. In reality, I escape into the world of muffins and scones so much more often because time doesn’t usually feel like it’s on my side. Time feels like it’s constantly wayyyy ahead of me and I’m just racing to keep up. This is why coffee cakes turn into muffins ➝ major time saver right there. 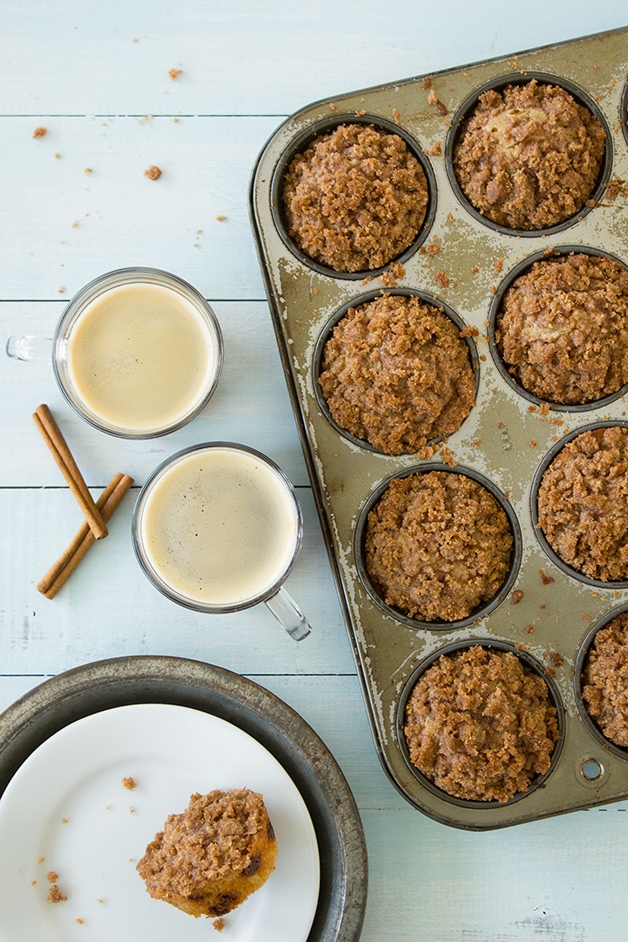 I’m seriously going out of my mind trying to create recipes when nothing seems to be in season besides citrus, so usually what I do is open up the kitchen cabinets/pantry and stare into space for a good 10 minutes trying to figure out something new I can make. That’s basically how these muffins came into being. Once upon a time I decided to stock up on as many bags of cinnamon chips as I thought a person might possibly needed, and then it turns out I used them… ohh… about NEVER. In the meantime I’d decided that homemade cinnamon chips were way better, and I also got distracted by so many other things, which meant those bags of cinnamon chips just sat there unused for the longest time. Evidently, that whole lack of anything being in season has encouraged me to clean up the pantry a bit and use things that have been sitting around, soooo muffins! They happened! 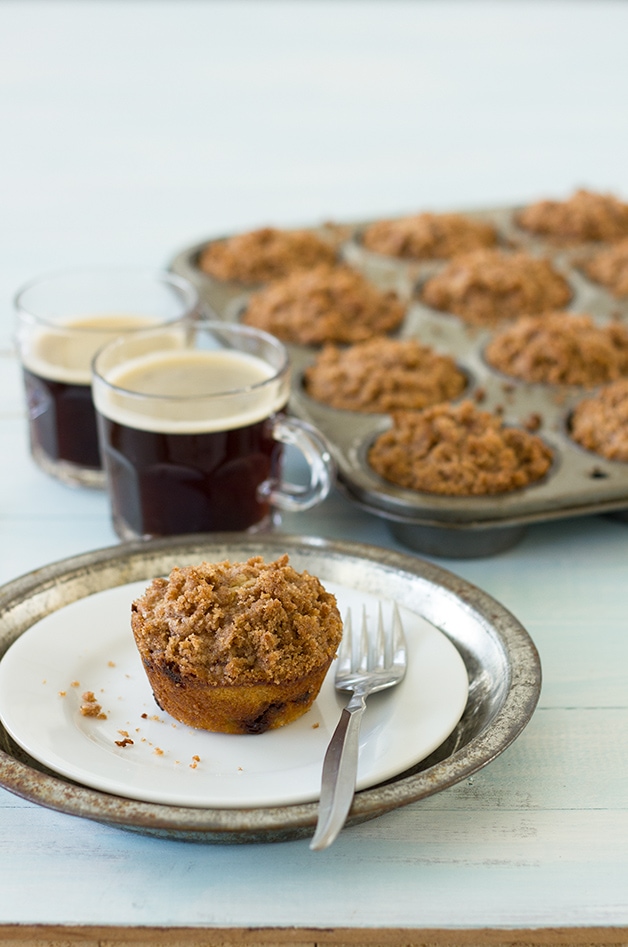 It’s really hard to explain these when everything is basically in the title: Fluffy muffins loaded with cinnamon chips — check. Crunchy coffeecake crumble topping — check. Goes good with coffee — check. I really have nothing else to say except that when muffins are this easy to make and taste that good, there’s really no reason to deny them. ;)

Fluffy cinnamon chip muffins topped with a classic coffeecake crumble – perfect to go with your morning cup of coffee!

If you don’t have enough pans to bake all 18 muffins at once, you can bake the first 12, let them cool for 10 minutes, and then take them out of the pan to bake the remaining muffins. Rinse the pan with cool water and dry before using again.