There’s something to say about a recipe you can tweak so many times in just a few little ways and end up with a post-worthy finished product every time. Of c0urse in saying that, I’m admitting to the fact that I sometimes cheat and re-purpose my own recipes over and over, but does it really matter if the final outcome is something totally edible and delicious? NOPE. It totally doesn’t. 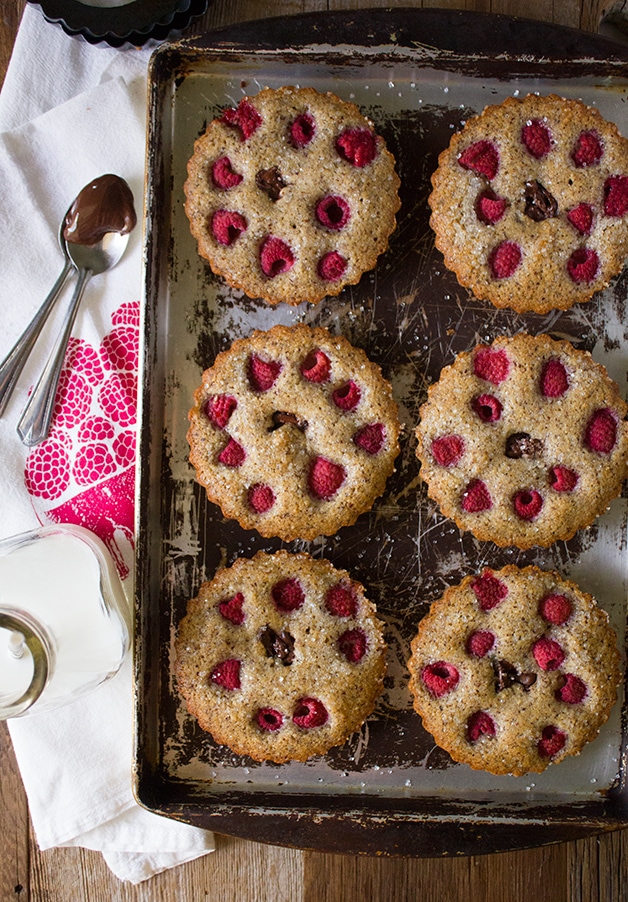 So you might recognize that these financiers look a bit like the peach financiers I made a while back, and there’s also some strawberry ones I’ve yet to share that will look pretty similar too, but even though the recipes only vary a little bit from one to the next, they’re all so so different and so so worth sharing. And these? They have chocolate in the middle sooooo OF COURSE they’re blog-worthy. (I still ♡ chocolate). 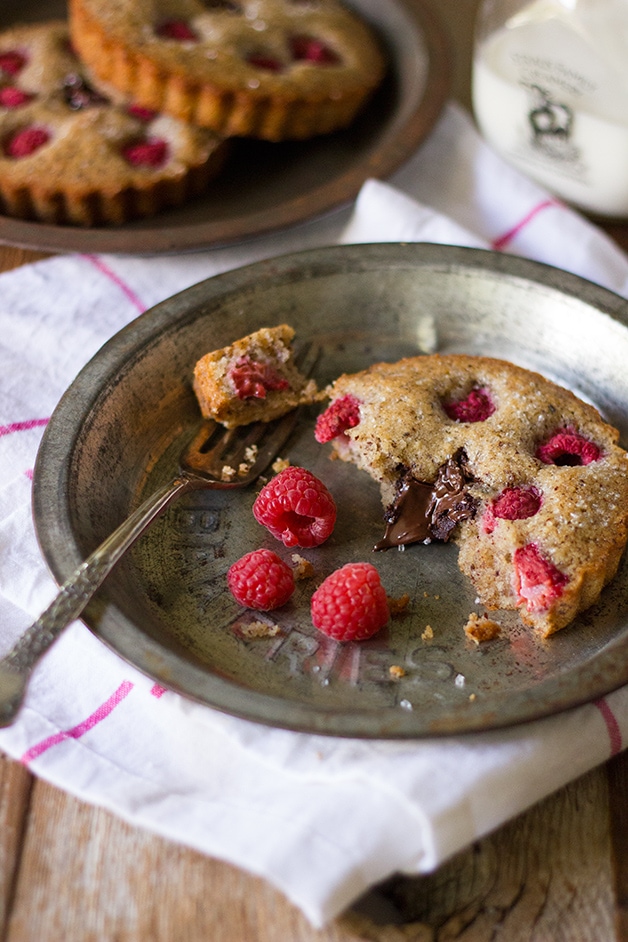 The spin on these: hazelnut meal instead of the traditional almond meal, plump & juicy raspberries (this is summer after all), and chocolate-hazelnut spread in the center. There’s soft, buttery cake with a delicate nutty flavor, berries in every bite, and creamy chocolate nut butter to top it all off. And did I mention the crunchy bits of sparkling sugar on top? DREAMY.

P.S. For this recipe, I used a new chocolate-hazelnut spread called Chocmeister from Peanut Butter & Co that’s every bit as good as anything similar I’ve tried before but just a touch less sweet which (I think) makes it work even better in these financiers to pair with the tangy raspberries. If you want to pick up some for yourself, check out their website and use the code “Chocolatey” for $1 off any jar. The coupon is good until July 31st 2016. :) You can ALSO enter to win a free jar of Chocmeister using the Rafflecopter widget below. The giveaway will be open until June 27th 2016 at midnight. :)