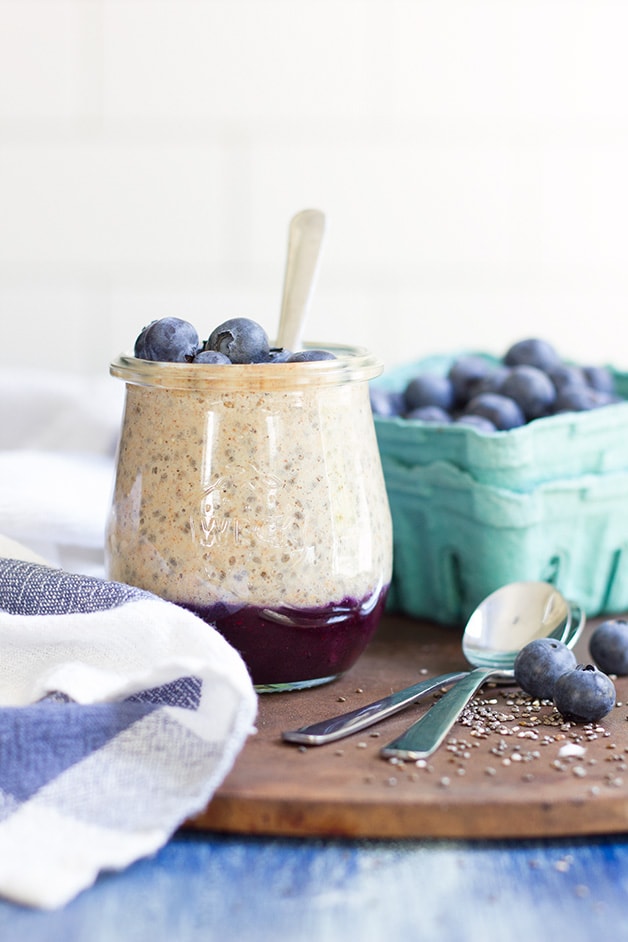 Once upon a time the whole idea of seeds gelling up into any sort of pudding would have made me say "thanks, no thanks". Texture-wise, not my thing AT ALL. But times change and considering that chia seed pudding shows up somewhere on my Instagram on an almost-weekly basis, it's safe to say I've totally converted. I've been gluten-free, dairy-free, and sugar-free the past few months, which is something I've talked about a little bit here and there lately. For a large part of this time I was following an anti-Candida diet, which eliminates all the foods I mentioned (plus a number of others), and the hardest thing about it was figuring out what I actually could eat that would still taste good and not make me feel deprived. There are Candida diet recipes online, but not nearly as many as there are for other specialty diets, and honestly a lot of them seemed so basic that they just made me feel even more deprived. I tried a few good ones but also a few that were *total* flops. Eventually I started figuring out how to make the diet work best for me, and from that point on it became wayyyy easier to follow, so my hope is that by sharing a few of the recipes that became my staples, I might be able to help anyone who's in a similar situation.

Even though transitioning my diet that much was a pretty big challenge at first, chia seed pudding was one of the foods that really made it easier. It's a little sweet and feels almost like a dessert that you can eat for breakfast, but it's also FULL of all kinds of healthy nutrients, omega-3s, antioxidants, and fiber, so you can feel extra good about eating it. All that being said, this recipe isn't meant to be an only-good-if-you're-on-a-diet recipe. It's meant to be the kind of recipe that has your back even if you have 5 million dietary restrictions to keep in mind, but will also taste good to the kind of person who's just trying to eat a little healthier without having it feel like a drag. It starts out with a quick chia blueberry compote, which is so super simple but totally bursting with the flavor of sweet summer berries in such an amazing way. Then there's the pudding itself - a light almond butter pudding that really plays off the blueberries with a little bit of cinnamon and vanilla for added flavor. The whole thing gets topped off with a sweet layer of cinnamon-almond butter that you absolutely CANNOT skip, plus extra fresh blueberries because you never say no to extra berries.

Call it breakfast, a snack, or even a healthy dessert, but promise me when you eat it you'll mix it all up and ruin those pretty layers for an even prettier swirly mess. It'll be worth it. A gluten-free, sugar-free, and vegan twist on chia seed pudding with a sweet blueberry compote, topped with a cinnamony almond butter dollop.

**Many stevia brands are not pure stevia. I highly recommend NuNaturals. You could also use honey or maple syrup if you're not concerned about the recipe being sugar-free.

***This recipe is Candida Diet Friendly according to the diet guidelines I was given from my doctor. The only swap I made was to skip the vanilla extract, although an alcohol-free vanilla extract would be a good alternative. However, please note that there are lots of variations to the Candida diet.