Whoever came up with the idea of swirl bread deserves a medal.

When you take something that’s already fantastic (homemade bread) and swirl it with something else that’s pretty fantastic itself, you just KNOW that the results are going to blow your mind. (Or your tastes buds? BOTH.) So I’ve done the cinnamon-swirl thing and a chocolate swirl, plus a bunch of different variations in the form of sweet rolls, but when you think about going savory? Woahhh there’s a whole new load of options. 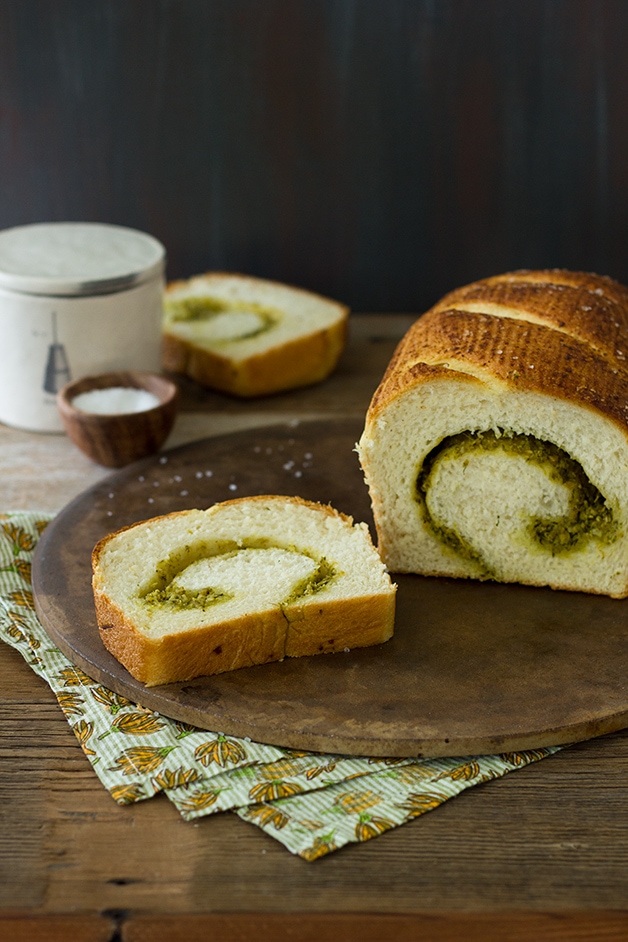 For one, there’s pesto – heck yes. Considering that it can make just about any sandwich better, it’s basically a given that it takes this soft, fluffy bread to the next level of fantasticness. The bread itself – have I said this yet? – is incredible, like that pillowy type of homemade bread that should really just be described as FLUFFY over and over, but swirled with a good pesto, it’s almost like you have a sandwich right there. Annnnd I’m totally having daydreams of using this bread to make a chicken panini now. (Granted, the swirls might make it a bit of a clumsy panini, but I’m pretty sure that wouldn’t stop me.) 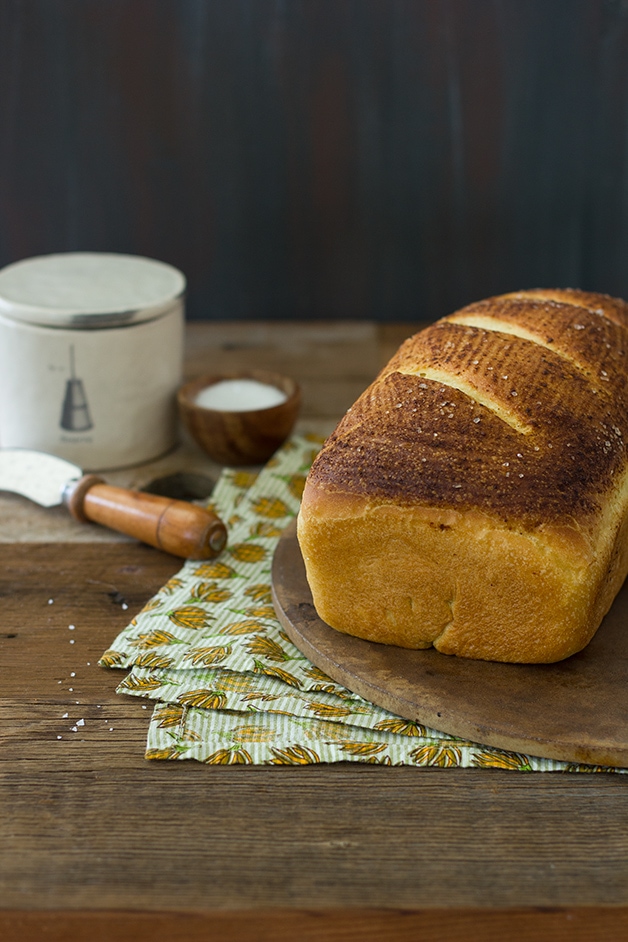 Plus, did I mention that the crust gets perfectly golden in the oven in all its flaky-sea-salt-sprinkled gloriousness? Oh yessss ➝ this is bread at it’s best. 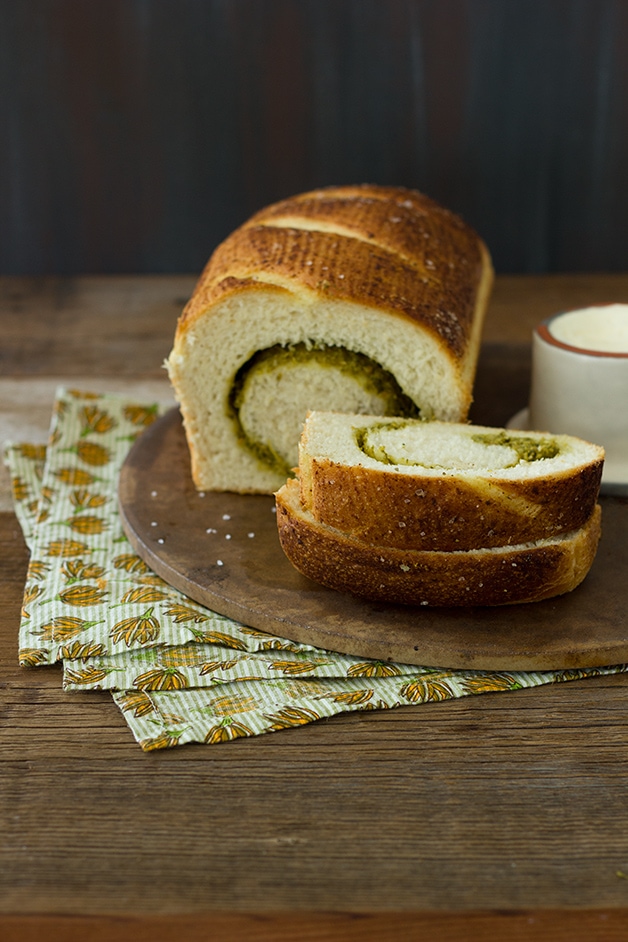 A fluffy loaf swirled with savory basil pesto and topped with a sprinkle of sea salt.

*Use a cheesecloth (or similar) to strain as much of the liquid/oils out of your pesto as possible before measuring.