I have two things going on in my mind right now (or at least, two that are actually relevant here); the first is that I should have tons to say because I’m sitting here talking about two of my most favorite things in the world – food and traveling – ,  and the second is that I have GOT to learn to share my travel stories right away rather than a year later. Trying to sort my way through a heap of photos, notes, and random memories from that long ago – and then share them in any sort of coherent manner – is almost too much chaos for my brain to handle. This is all just to warn you that if I end up rambling, it’s because my brain is messy and talking about food/traveling/Italy(!!!) gets me way too excited. 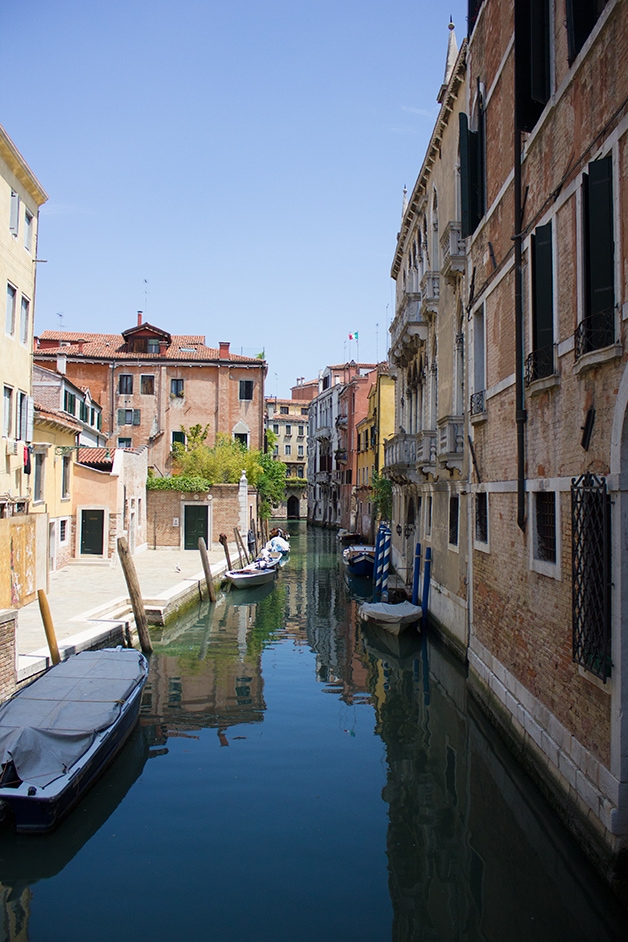 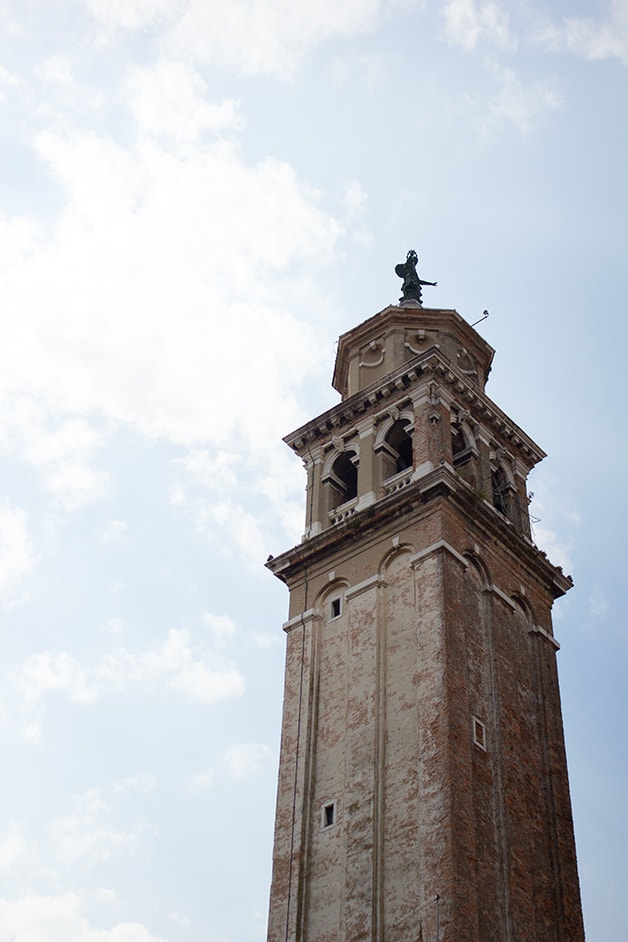 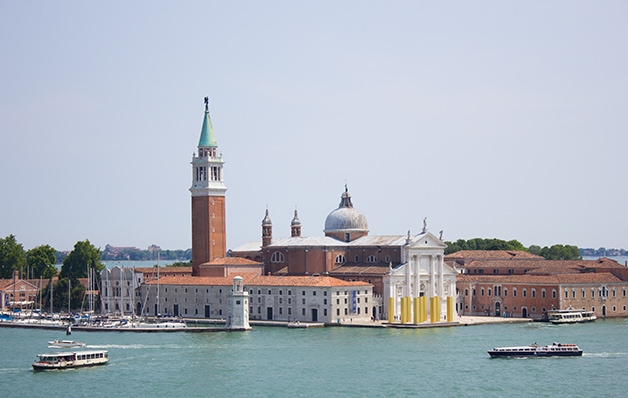 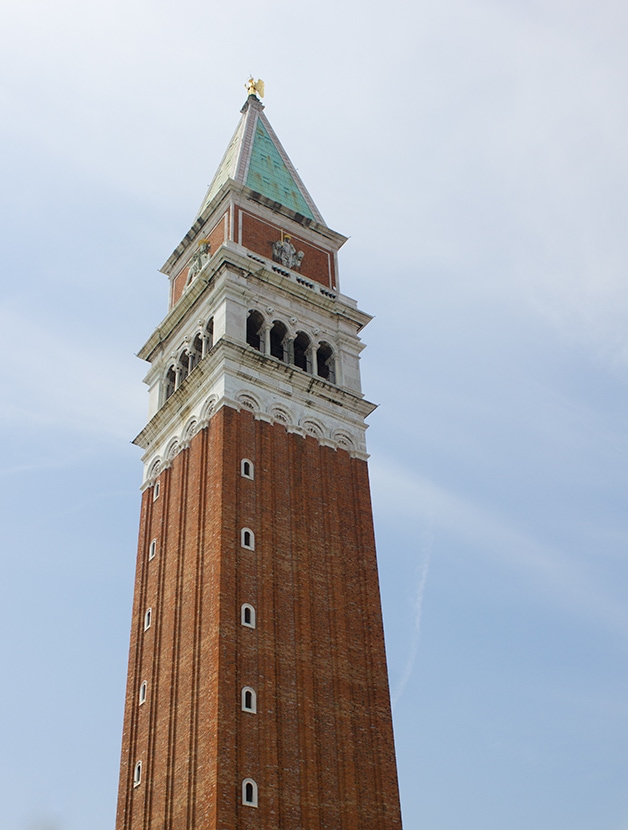 So a little backstory: I spent 2+ weeks traveling around Italy last summer, during which time I ate way too much gelato, took more pictures than I know what to do with, and saw more amazing sights than I could ever possibly explain. And honestly, there’s nothing like experiencing a place firsthand, but if I can give you a little glimpse of this amazing country, share some of my favorite things about it, and inspire you to put it on your traveling bucket list, I’ll be super happy. ♡ I decided to split the whole trip up into 3 posts (one for each of the main areas we visited), mostly because I tend to talk way too much about these things to contain it all in one, and also because PICTURES!! I have a ton and I want to share them alllllll. ← I’ll try to contain myself at least a little, but let’s be real, pictures are the best. 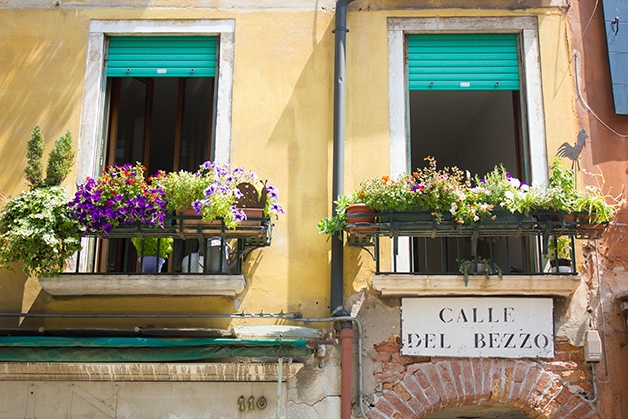 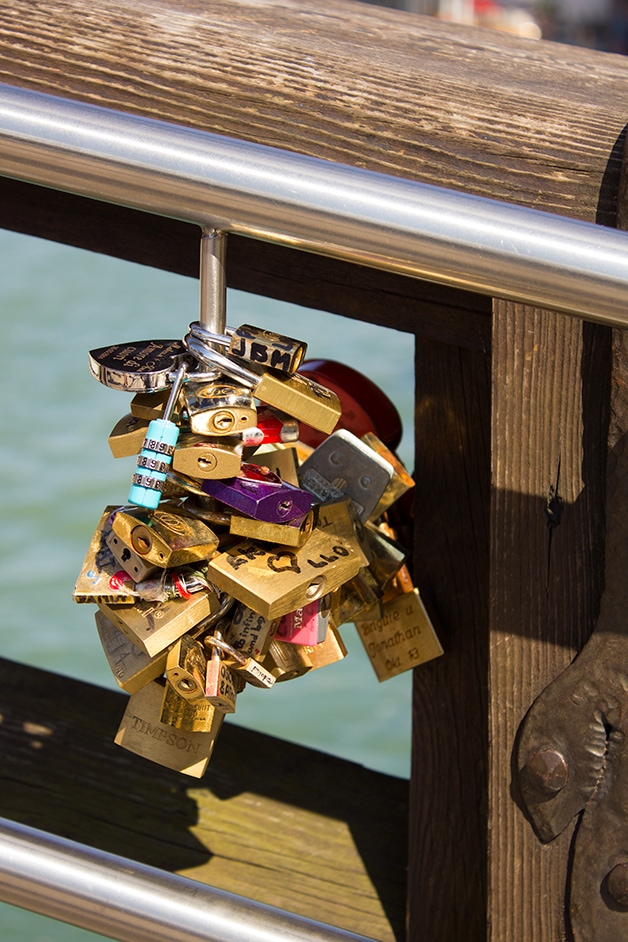 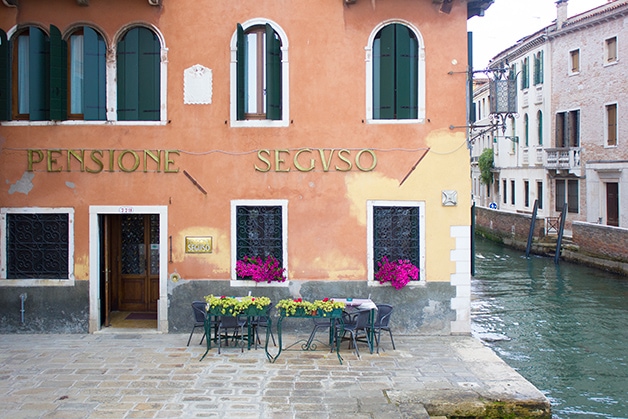 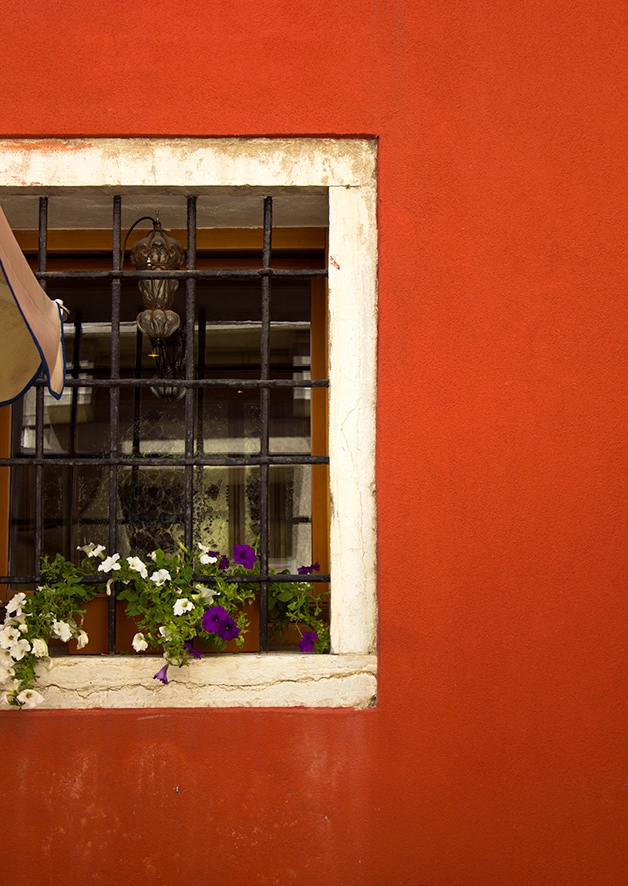 So, Venice! I’m completely enamored and enchanted with this little city. There’s a million things I could say about it, but truthfully, I think the photos capture it so much better than my words ever could. What I will say is that there’s nothing quite like it that I’ve ever experienced; it’s all narrow alleys, cobblestone paths, colorful buildings, and water around every turn; mini bridges, open piazzas, sidewalk cafés and produce stands. It just overflows with charm and character. The biggest thing I remember feeling when I first got there is how easy it would be to get lost in the middle of all those winding streets, and really my best advice for exploring Venice is just that: get lost. It’s one of those places that I think you can get the most out of if you don’t have a specific goal in mind — just wander, explore, and go wherever you feel drawn. 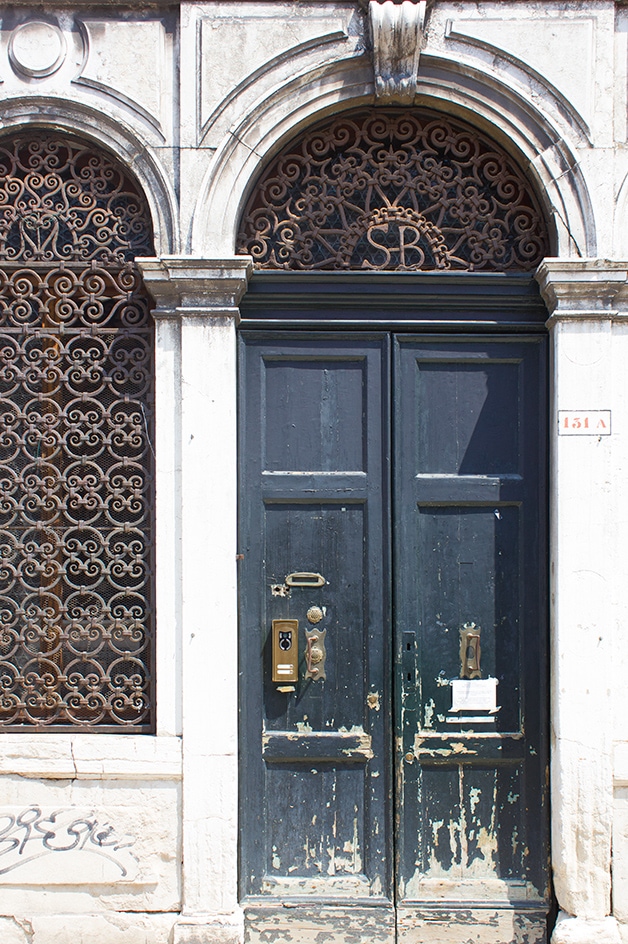 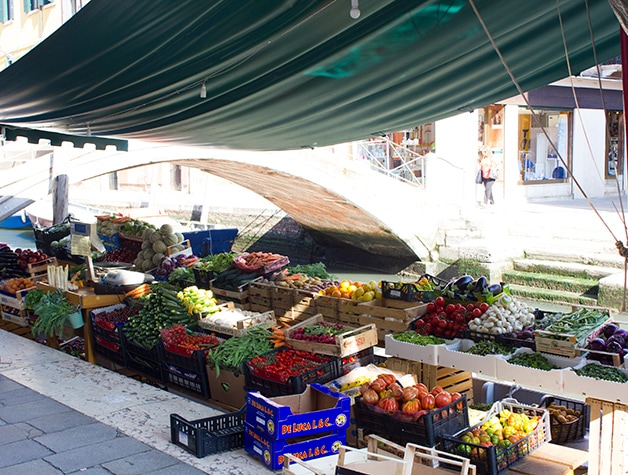 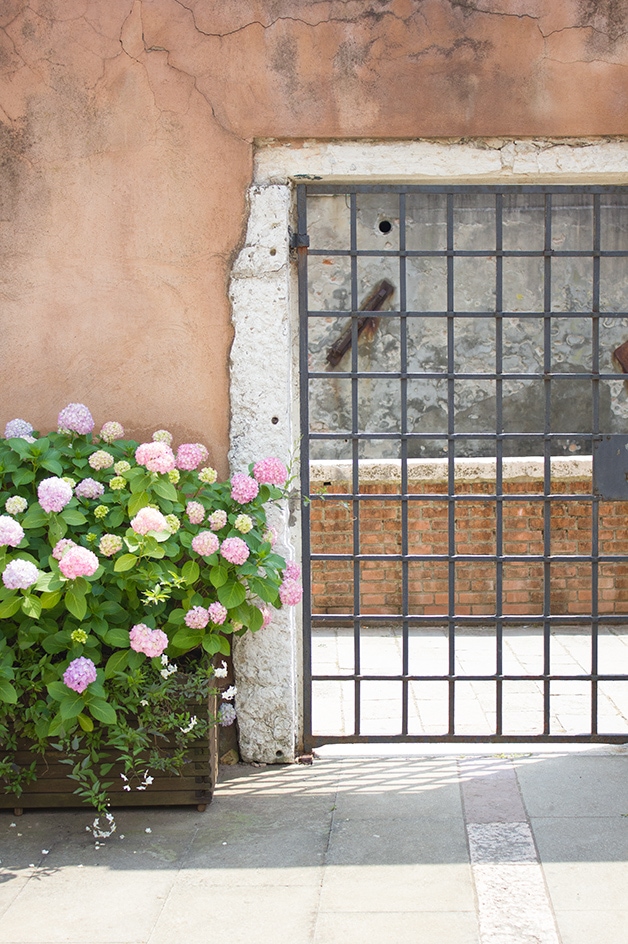 That being said, a few places I would specifically hunt out: 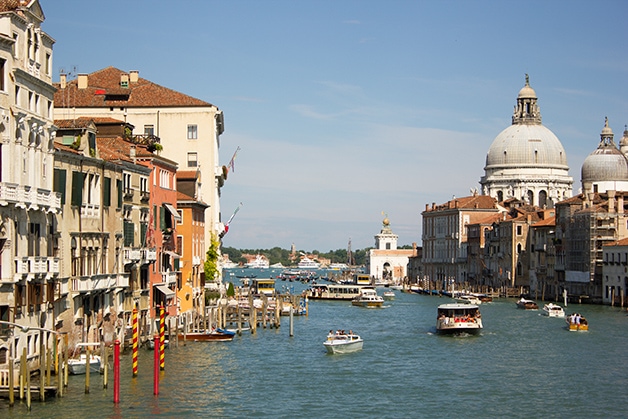 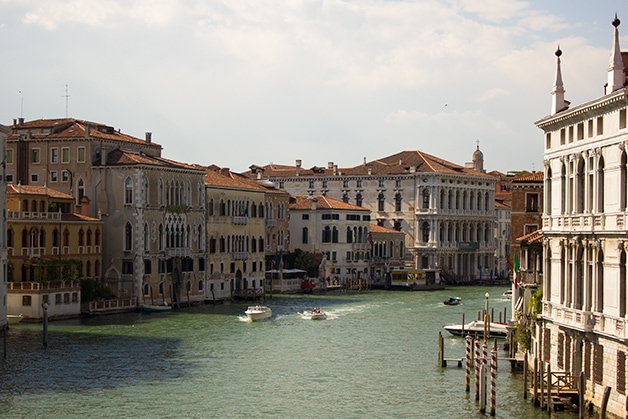 Piazza San Marco – All the hustle and bustle of this square is pretty incredible, and there’s a ton to see — everything from St. Mark’s Basilica to the Campanile (bell tower), the Torre dell’Orologio (clock tower), and Palazzo Ducale. One thing I’d definitley recommend doing is taking a tour of the Clock Tower; there’s so much history to learn there and it’s one of those things that you don’t have to be a huge history buff to find interesting. 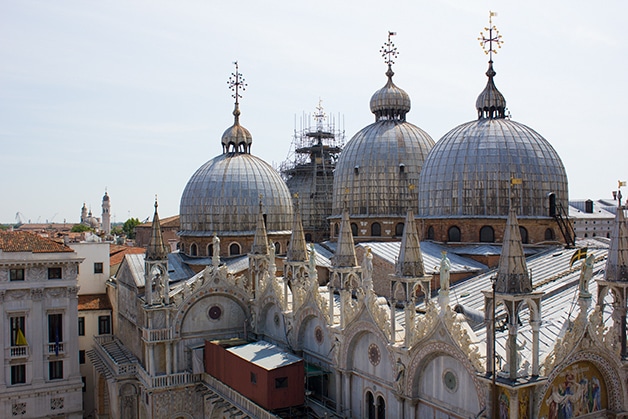 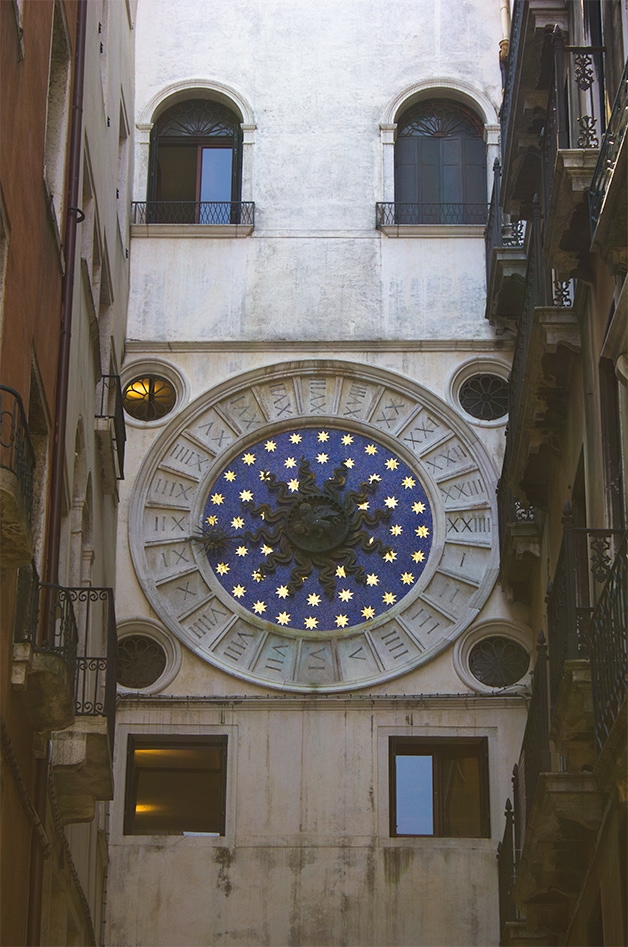 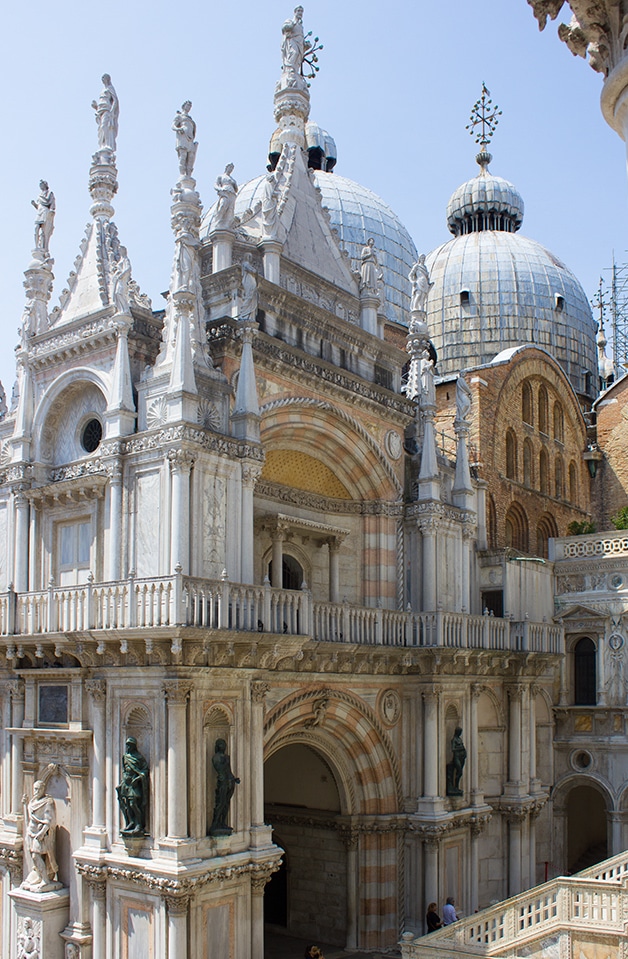 Cannaregio – Even though it’s still within the more touristy area of Venice, the Cannaregio neighborhood has a vibe of its own. The best way I can describe it is that it feels more lived-in and has its own authenticity. Visiting it kinda feels like jumping to another island without actually having to get on a boat. (And speaking of boats, you should totally get on a gondola at least once in Venice if you ask me. It might be a ridiculous touristy thing to do – and not cheap – but just to have that experience is worth it.) 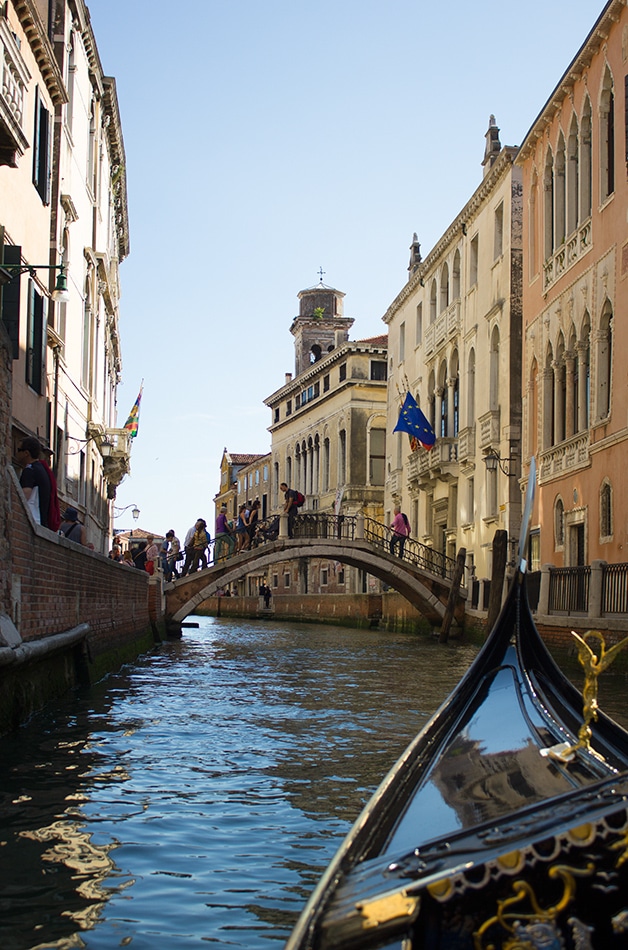 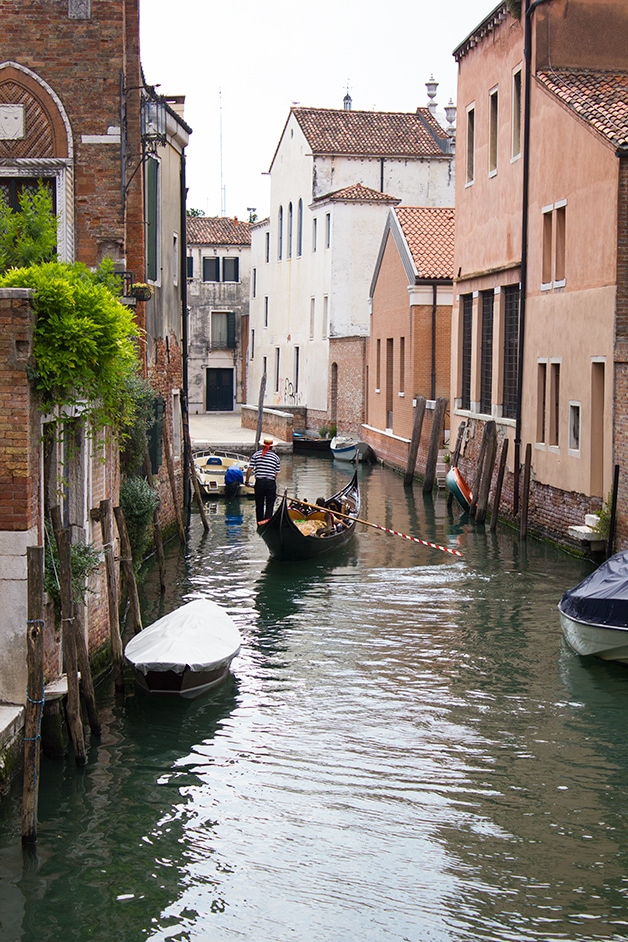 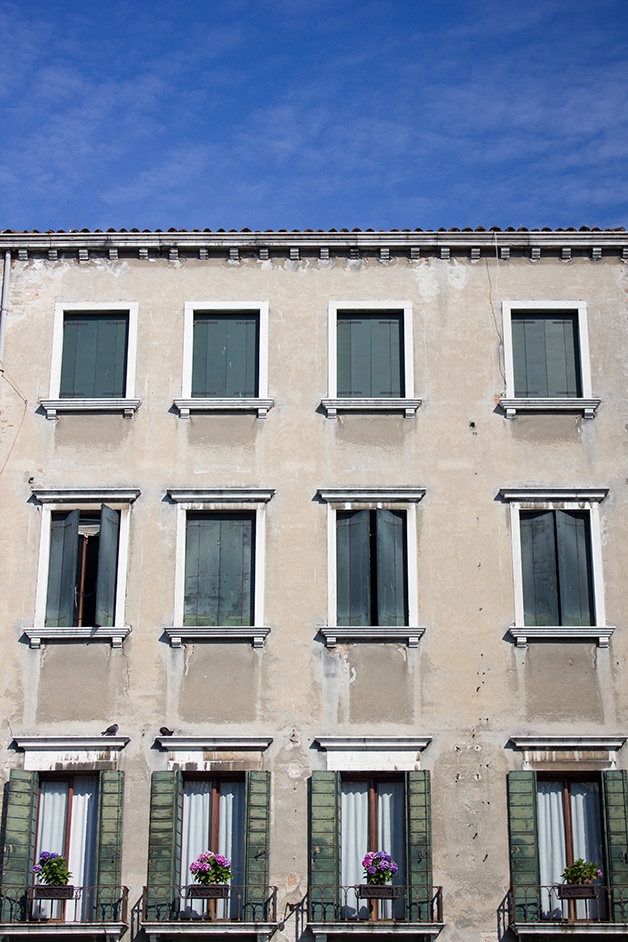 Burano – There are actually more than 100 islands that make up Venice, which I find mind-boggling crazy since most of the attention seems to get focused on one, but Burano is one of the other more well-known ones, and yet it has a complete character of its own. It feels very, very local, small-town, and laid-back, like a picture of a much simpler life than anything else I’ve ever witnessed. And the colors — they’re literally everywhere! I’m obsessed. 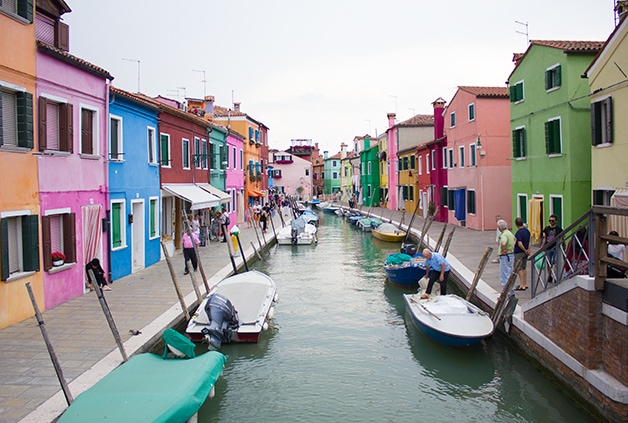 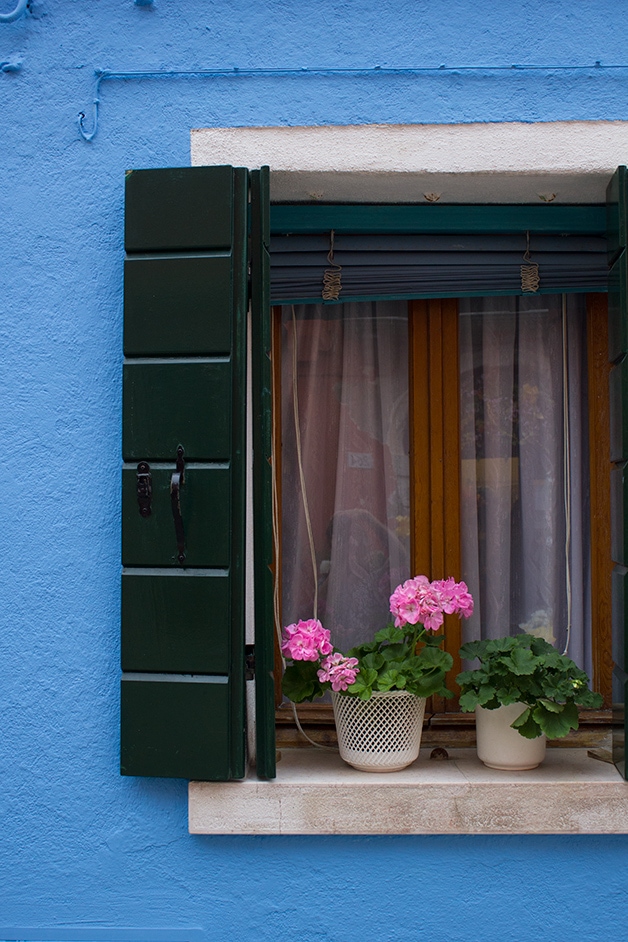 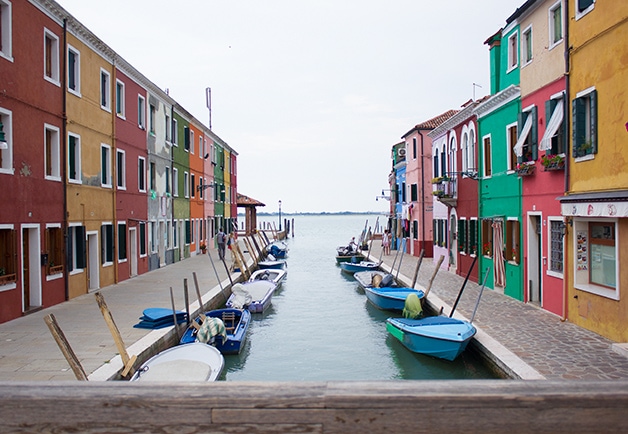 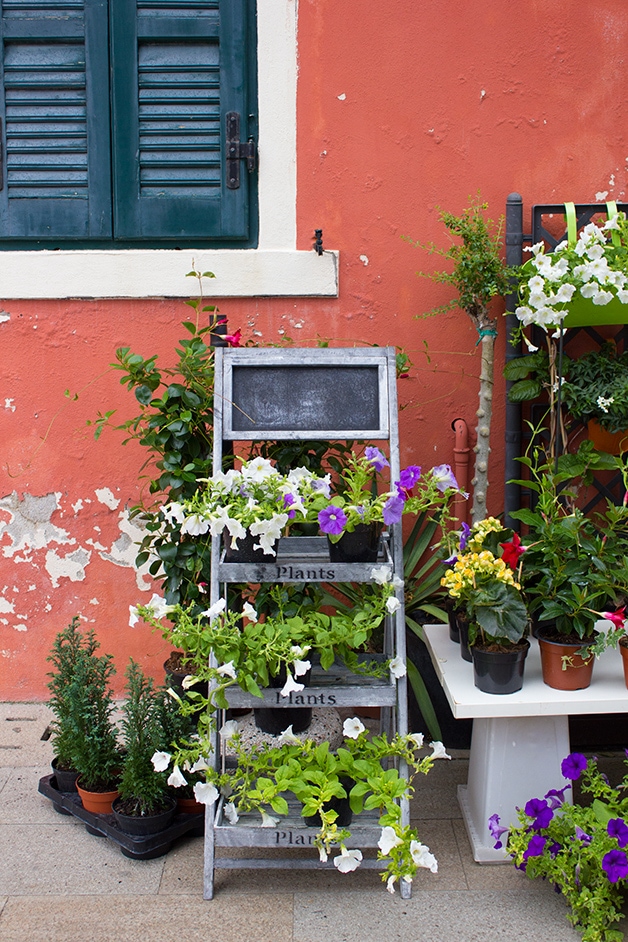 And then for the food… I’m just going to run through a few of my favorite places and what I tried, because holymoly I’ve already talked WAY too much.

Bottega del Café Dersut – Nutella-filled croissant, nociolla (hazelnut) coffee, and Nutella coffee. Needless to say, come here if you’re like me and have a crazy obsession with all things Nutella.

Terrazza del Casin dei Nobili – Bruschetta (some of my favorite hands-down), swordfish with asparagus and saffron, and chocolate lava cake.

Grom – Allll the gelato… especially dark chocolate and coffee with whipped cream on top in a waffle cone… just sayin’. Grom is also all over Italy so there’s lots of opportunities to try it. 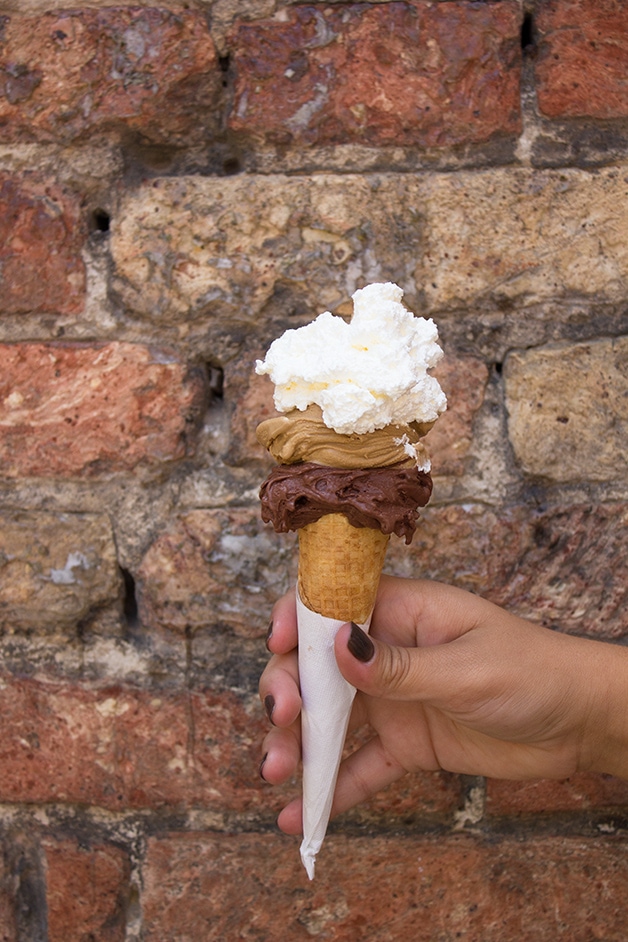 So I’ll be back soon with more Italy talk and – if you’re still reading – thanks a million for (virtually) listening to me talk your head off. Go book a trip to Venice! ;)