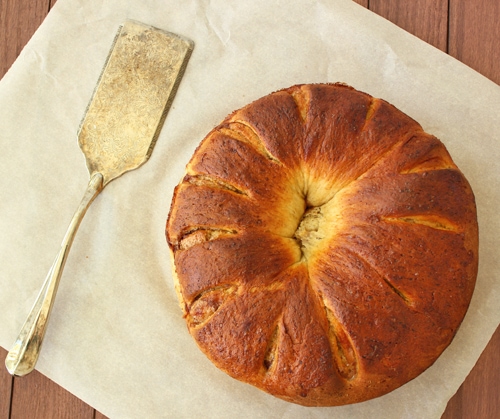 I wake up and can’t wait to eat breakfast. Mmmm, I love breakfast. During the day, I spend dull moments scrolling through the drool-worthy pages on Foodgawker and planning to make everything I see (which is definitely impossible).  E-mails drop into my inbox leading me to new and always insanely delicious-looking posts on other food blogs I read. ← This often distracts me from whatever I’m supposed to be doing at the moment. And pretty much all day long, whenever my mind gets a chance to wander, I’m dreaming up new recipes, pairing new ingredients together in my mind, and deciding what I’ll be baking next. And I never get tired of it. 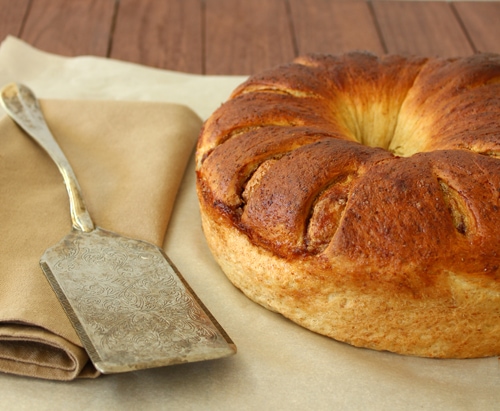 When I saw this challah on The Martha Stewart Show (which I miss now that it’s not playing anymore!), it looked so good that I just couldn’t forget about it. It’s actually a recipe from Diane’s Bakery Cafe in New York, and that just made it seem even more like it must be good. (If a recipe comes from an authentic bakery, I have this notion that it’s extra-worth trying.)  So after that, along with all of the other billions of food thoughts swirling around my mind, the challah was there too, and it stuck so well that I actually did end up making it. And to be honest, they mentioned on the show that it made really good french toast, so I think I was kind of dreaming of french toast as well. 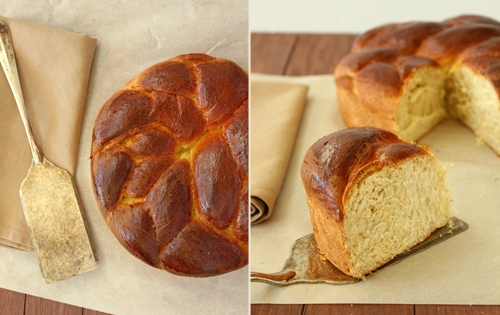 What’s neat about baking traditional breads like challah is that you learn a little bit about cultures and customs that you never knew before, and now I not only know how to make challah, but I know a few things about its significance too! But the real fun part is the eating part, of course, and this challah certainly didn’t disappoint. I made two versions – one plain, and the other with a cinnamon-sugar filling. Both are soft and pillowy in texture and just lightly sweet in flavor, and the cinnamon-sugar one is totally delicious, especially around the swirled filling where the dough stays extra-soft. I really loved the cinnamon-sugar one for eating by itself, but the plain challah is awesome for another treat… more on that soon! 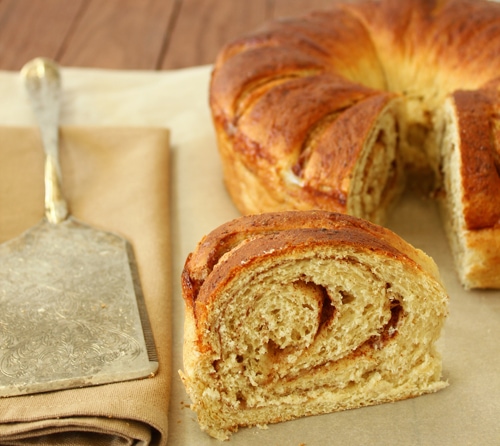 If it wasn’t for the fact that these loaves were too delicious to NOT eat, I would have just wanted to keep them as food art, because they come out of the oven looking so gorgeous! But obviously they’re going to be eaten… I might not eat 24/7, but I know good food when I see it! 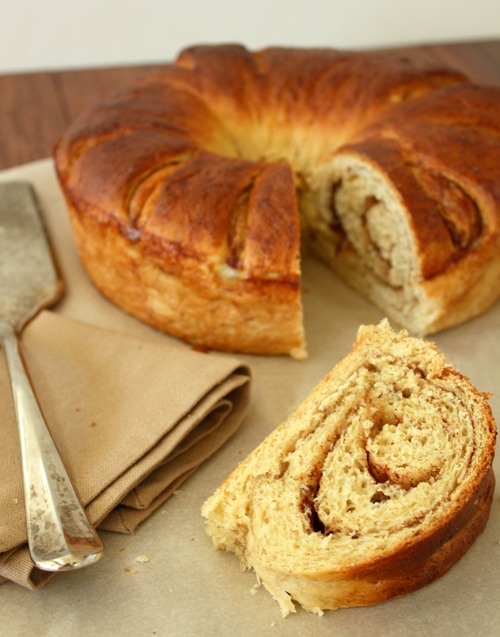 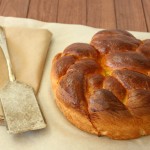 Soft, pillowy, and slightly sweet Challah made plain or with a sweet Cinnamon-Sugar filling.

*While the original recipe calls for margarine, I always bake with butter and did the same for these loaves. However, because challah is traditionally dairy-free, I’m including both alternatives in this recipe.

P.S. Save some of that plain challah for what I have coming up in the next post! Trust me, it’s gonna be good. :)

So Tell Me: Do you have a favorite traditional bread? Have you tried making it at home?