This week is an exciting week on the blog, because this Thursday will mark 1 year since I wrote my very first post. I’ve been thinking about how to celebrate this occasion, and I’ve decided to have a S’MORES WEEK! That means homemade Graham Crackers, homemade Marshmallows, and (if all goes as planned) something pretty tasty combining the two. 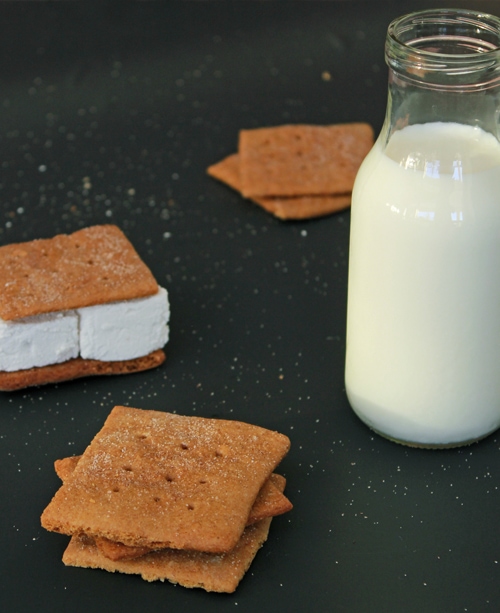 So, this past weekend I was up at 8:00 AM rolling out Graham Cracker dough, proud of myself for getting right down to s’mores business. All was going pretty well (aside from the fact that the first batch of rolled out dough stuck to the counter and had to be re-rolled) up until after the first tray of graham crackers came out of the oven. The next two trays went in, you see, and came out looking like they hadn’t baked at all. “Well that’s weird,” I thought, and I stuck them in for longer. Still nothing. Guess what? The oven wasn’t hot anymore. It gave out right in the middle of everything. 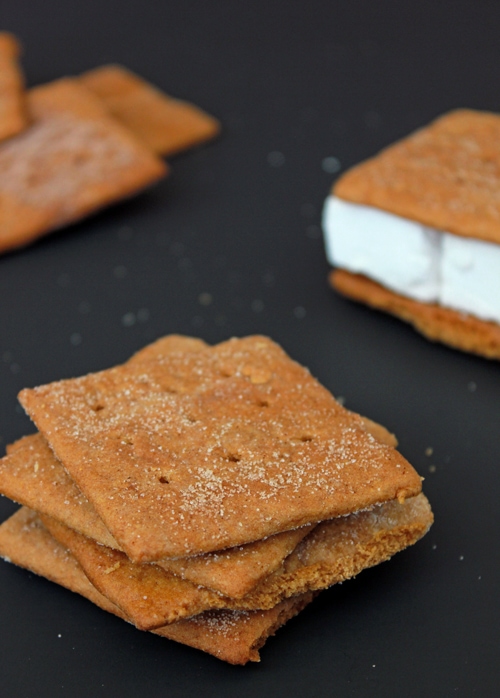 I can live with a non-working oven for a few days, but that moment? I mean I only had  8 dozen more cookies to bake. Grrrrr…. But because necessity is the mother of invention, I set our little toaster oven to “bake”, transferred the cookies from the oven racks to the much smaller toaster racks, and baked batch after mini batch of Graham Crackers until I was done. Turns out the toaster does an okay job. It’s somewhat unpredictable and seems to have a mind of its own, but right now, with an oven that sure doesn’t work, I’m warming up to that toaster oven. 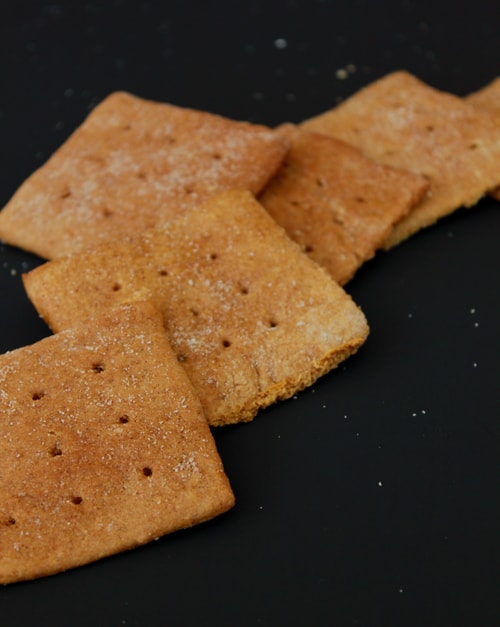 The Graham Crackers, thank goodness, still turned out wonderful. They’re a lovely golden brown color and have a bit of a crunch but also a bit of a chew. At the same time, they have the same mingling of flavors as the graham crackers most of us have come to know. I can’t quite put my finger on what makes the flavor just right, all I know is that it’s right. We had a bit of a Graham Cracker-eating marathon going on at my house, suffice it to say these are pretty darn good! 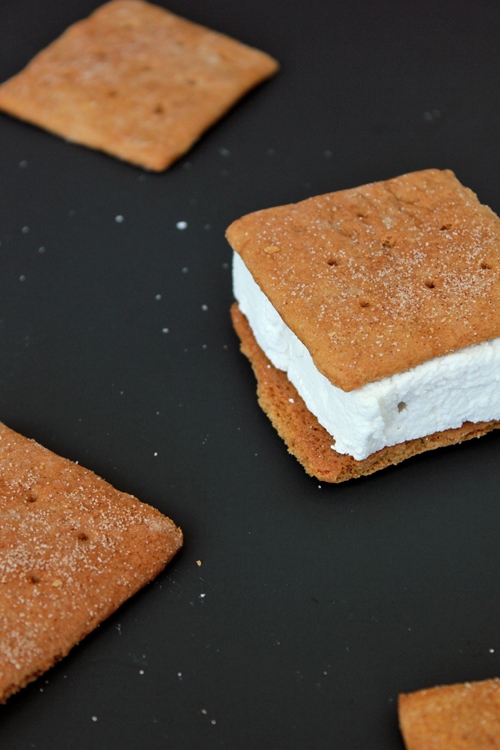 These golden-brown Graham Crackers are reminiscent of those sold in stores, but tastier in the way that homemade treats always are!

P.S. Check back soon for the Marshmallow recipe!