Home » Recipes » Pastries and Sweet Rolls » Confession #50: I made it! Baked Doughnut Hearts

Guess what? This is post #50 for Confessions of a Bright-Eyed Baker! So this post is celebrating not only Valentine’s Day, but also a 50-post milestone. How are we celebrating? There’s a story behind that! I had been thinking about a Valentine’s Day post in the back of my mind for a while now, but until a couple days ago, I hand’t really hit any idea I was set on. I thought of chocolate cake, but I really didn’t need any chocolate cake around the house (as much as I wouldn’t mind having some). Then I remembered the Valentine’s muffin liners and decorative toothpicks I bought last month, and when I realized I had no need for cupcakes either (again, wouldn’t mind having them), I almost set myself on making muffins. But, I then thought about the heart-shaped cookie cutter I have, which I rarely use, and I decided that I wanted to incorporate it somehow. I wasn’t going to make cookies, though, so what could I use the cookie cutter for? Suddenly, it hit me, and I have no idea why… I would make doughnuts! 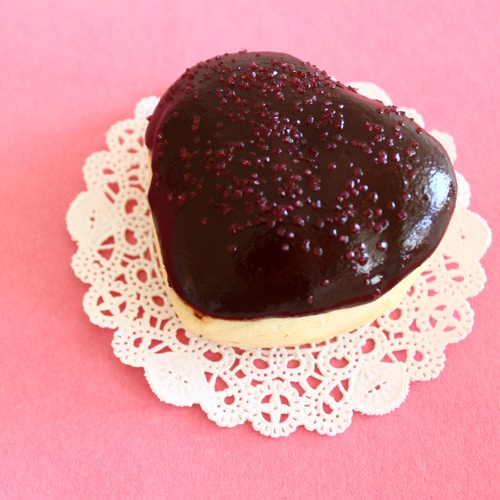 I knew right away that they would have to be baked doughnuts; there was no way I was about to make myself a bunch of fried ones, nor do I like the fried kind. But baked doughnuts sounded like something fun to try, a new challenge. I had been toying with the idea of a chocolate-strawberry combination for whatever I made – chocolate because duh, it’s Valentine’s Day, and strawberry because it adds some red, also necessary for the holiday. So, I decided to go for a strawberry filling and a chocolate glaze with pink sugar crystals on top. I also ended up making some of the doughnuts without the filling, with a plain glaze and the pink sugar crystals. Different people like different flavors, so I figured I might as well make two options. Both flavors are yummy, and as I suspected, I love the chocolate ones, but some people like the plain ones. Mix up the filling/glaze options however you’d like! The best part is, the doughnut-eaters thought the baked version was just as good as fried doughnuts (more like better!), and the non-doughnut eaters thought they were delicious! 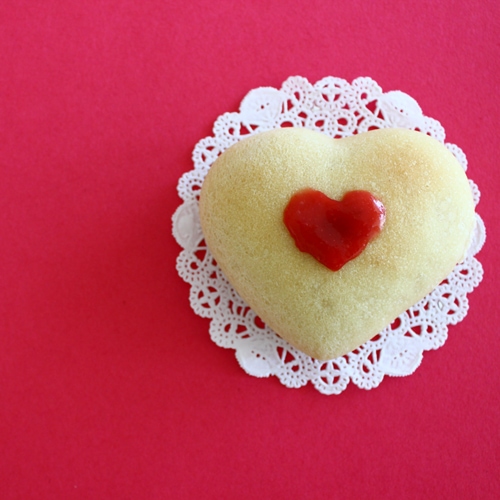 All in all, the doughnuts were a big hit, a little messy to fill and glaze, but worth the effort. They’re so cute; the perfect way to say “I love you” on Valentine’s Day morning! 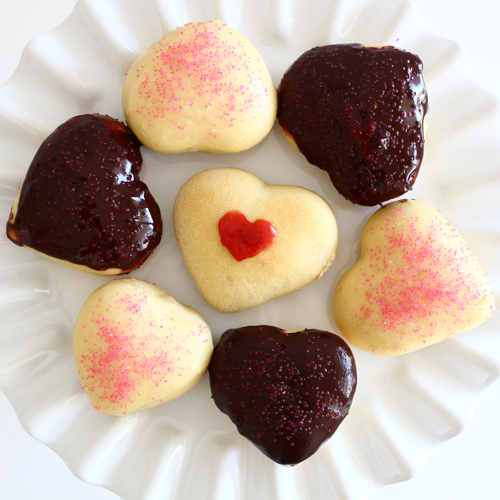 Chocolate Glaze from: The Milkman’s Wife

Previous Post: « Confession #49: I’m all up for a challenge… Glazed Orange Scones
Next Post: Confession #51: I have my own dark chocolate philosophy… Pistachio and Cranberry Dark Chocolate Bark {GF, Vegan} »