I think these cinnamon rolls have my mind in a twist, because my brain can’t seem to stay on a consistent track long enough for me to talk about them. 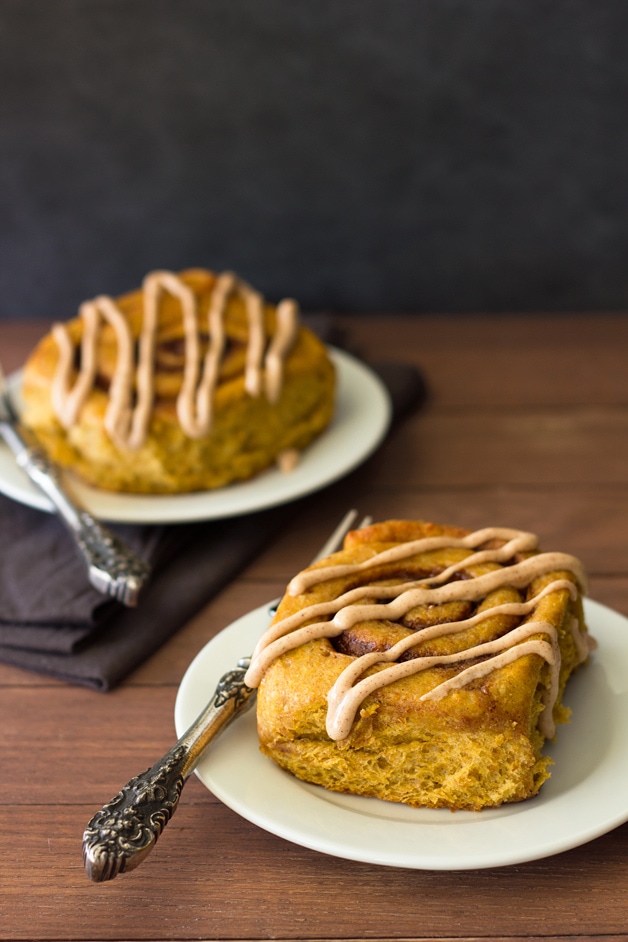 There’s soft, pillowy dough, spiced brown sugar filling, an irresistible cream cheese drizzle… How can you think around that? I knew when I started out making these that I was stepping into dangerous territory, so I guess now I’m living with the consequences of a sweet-roll-boggled mind. It’s definitely worth it. 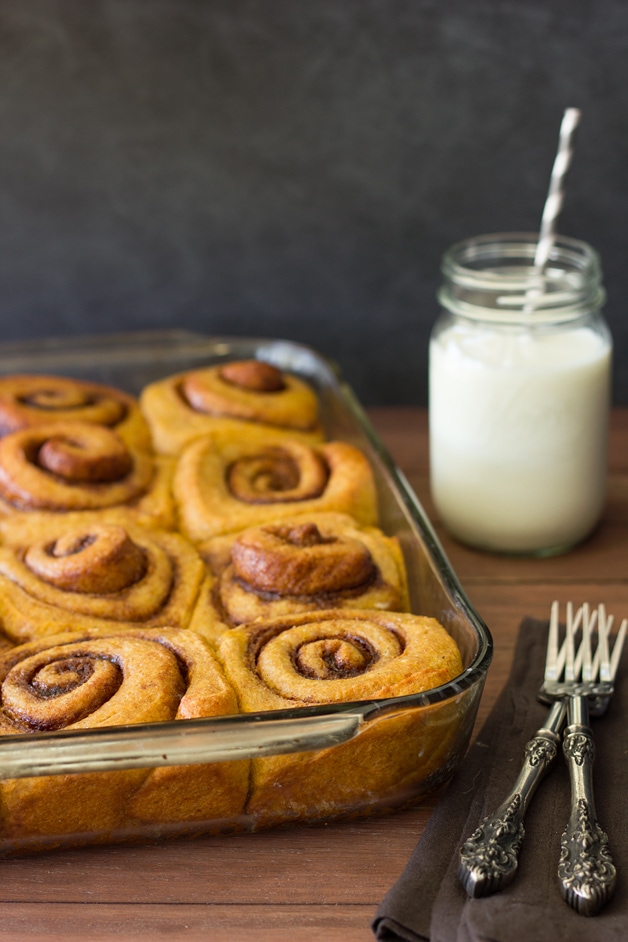 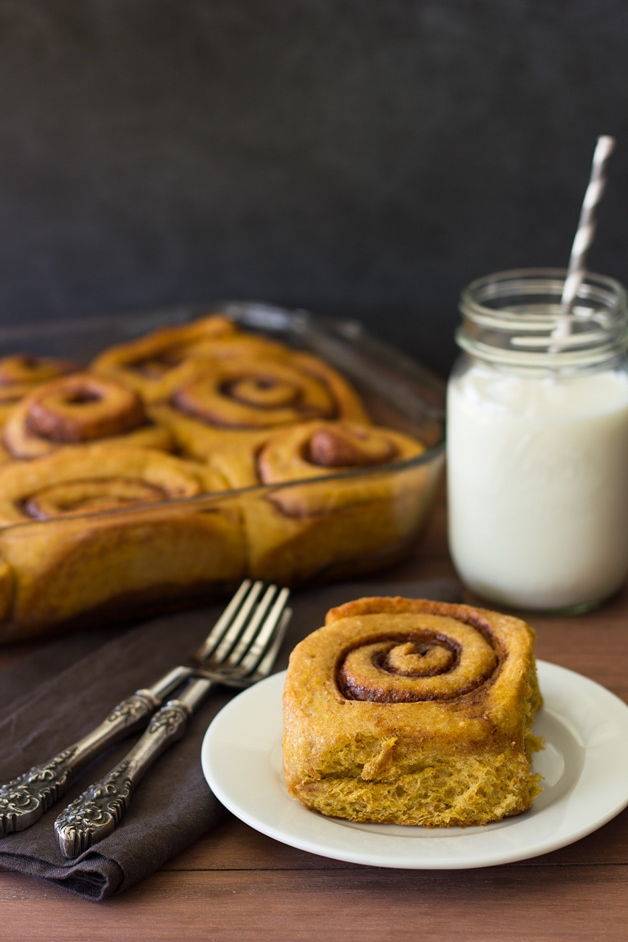 Remember my Sweet Potato Cinnamon Rolls? Those were how I knew that these would be amazing. And you guys? These are sooooo amazing. The rolls are perfectly soft and doughy (as the ultimate cinnamon roll ought to be), and filled with an intoxicating blend of pumpkin and warm fall spices. The spiced brown sugar-cinnamon swirl in the middle is pure, rich, sweet heaven, and when it gets all melty and buttery in the oven it transforms into something glorious. And then… there’s the cinnamon cream cheese drizzle. I tried to resist it – like, really tried – but I’m so glad I didn’t because it’s the icing on the cake (or the drizzle on the cinnamon rolls, ya know). It’s a little tangy like the perfect cream cheese frosting, but it’s also bursting with sweet cinnamon and vanilla flavor. It’s pretty fantastic. 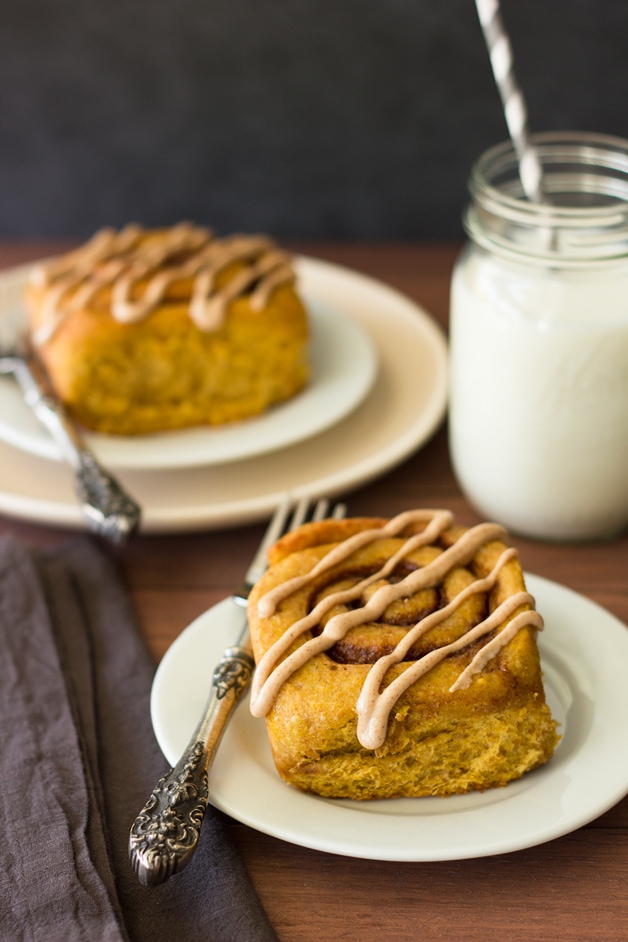 You better bet that the cinnamon rolls we ate here had twice the amount of cream cheese drizzle as the ones in the pictures. If you’re going to go for it, you go for it. End of story.

These soft, doughy Pumpkin Spice Cinnamon Rolls are swirled with a Spiced Brown Sugar Cinnamon Filling and finished with an incredible Cinnamon Cream Cheese Drizzle. They’re the perfect way to cozy up for breakfast on a fall morning!

For the Cinnamon Cream Cheese Drizzle:

*You can make 12-15 cinnamon rolls with this recipe depending upon how large you want them to be. The rolls you see in the photos were a batch of 12.

**For the filling, use a regular or heavy pinch of each spice depending on your taste preferences

***There will be enough of the Cinnamon Cream Cheese Drizzle to use twice the amount on each roll as you see in the photos. Trust me, you’ll want it that way. ;)

Thanks for stopping by! You can subscribe to receive updates of new posts, with recipes, kitchen tips, and more via e-mail or RSS. You can also find more recipes by category in the recipe box.